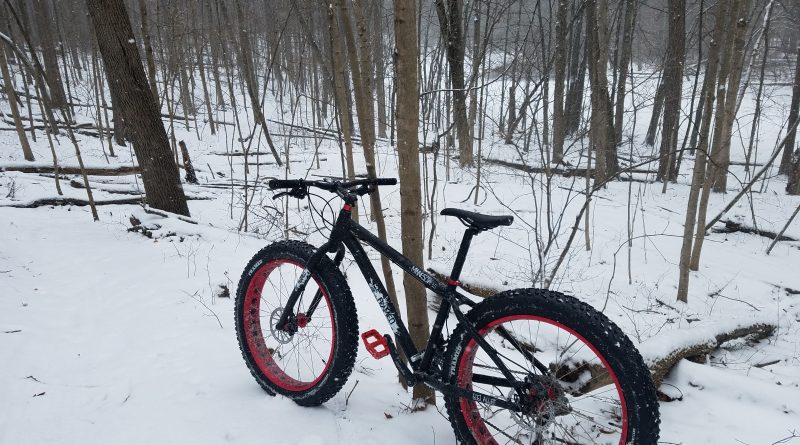 Testing out the Framed fat tire bike on a nice, easy trail. The trail was groomed but had a nice layer of soft powder.

Getting the bike out on a snowy day was just the ticket for the winter blues. This is the 2nd time I’ve had the bike out. This time out the tires seemed to slip some on the loose snow but only on the climbs. 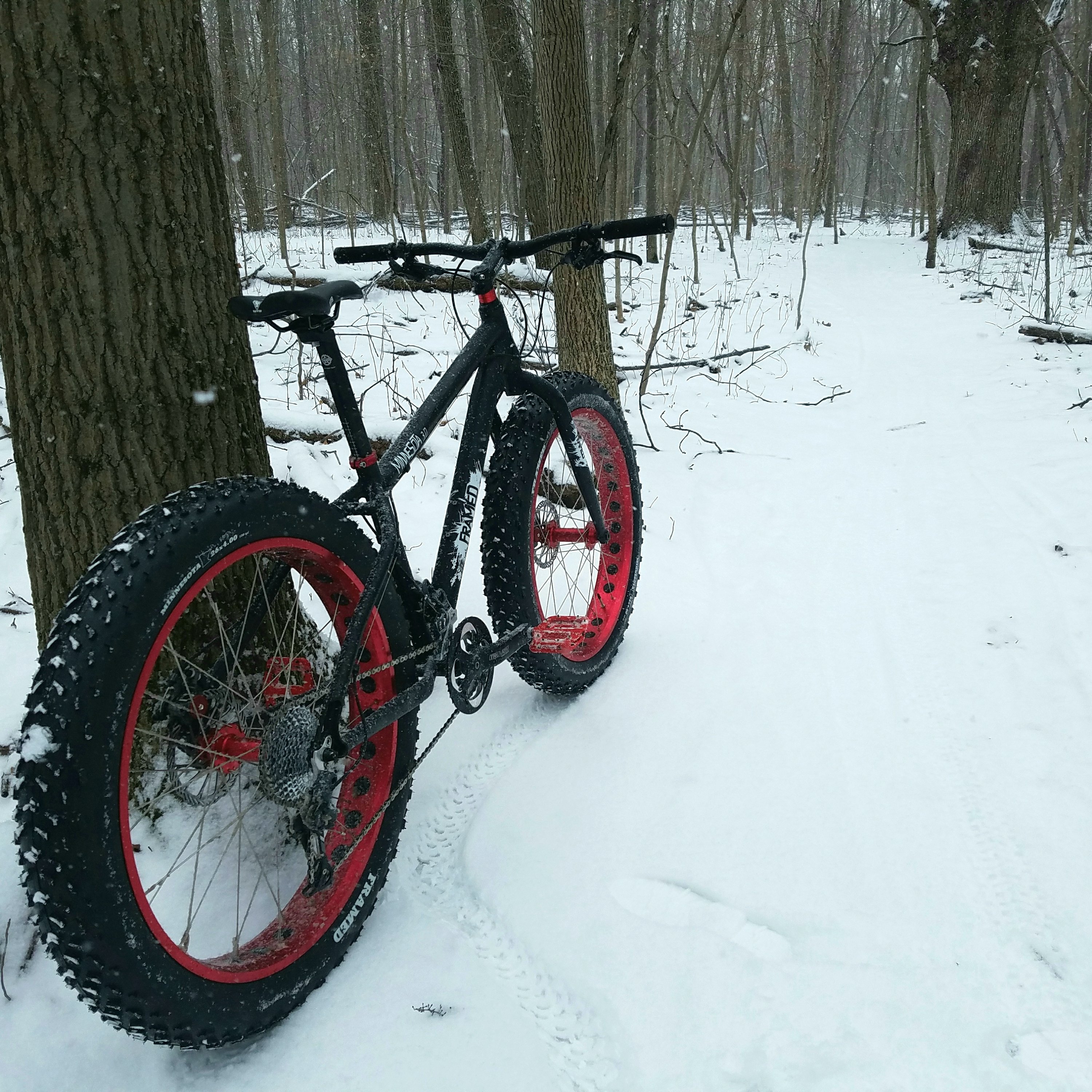 After airing down the rear tire, the slipping was minimal. Although I am a little concerned that I might pinch the tube.

River Bend Park follows a river much of the way, it’s an easy ride and it’s marked well. There are not any really difficult climbs or sketchy single track areas but the trail is nice and flowing.  It would be good for a beginner that wants to get accustomed to riding actual trails and not groomed hard pack.  You will need to watch out for the roots and occasional rocks…in the summer that is. 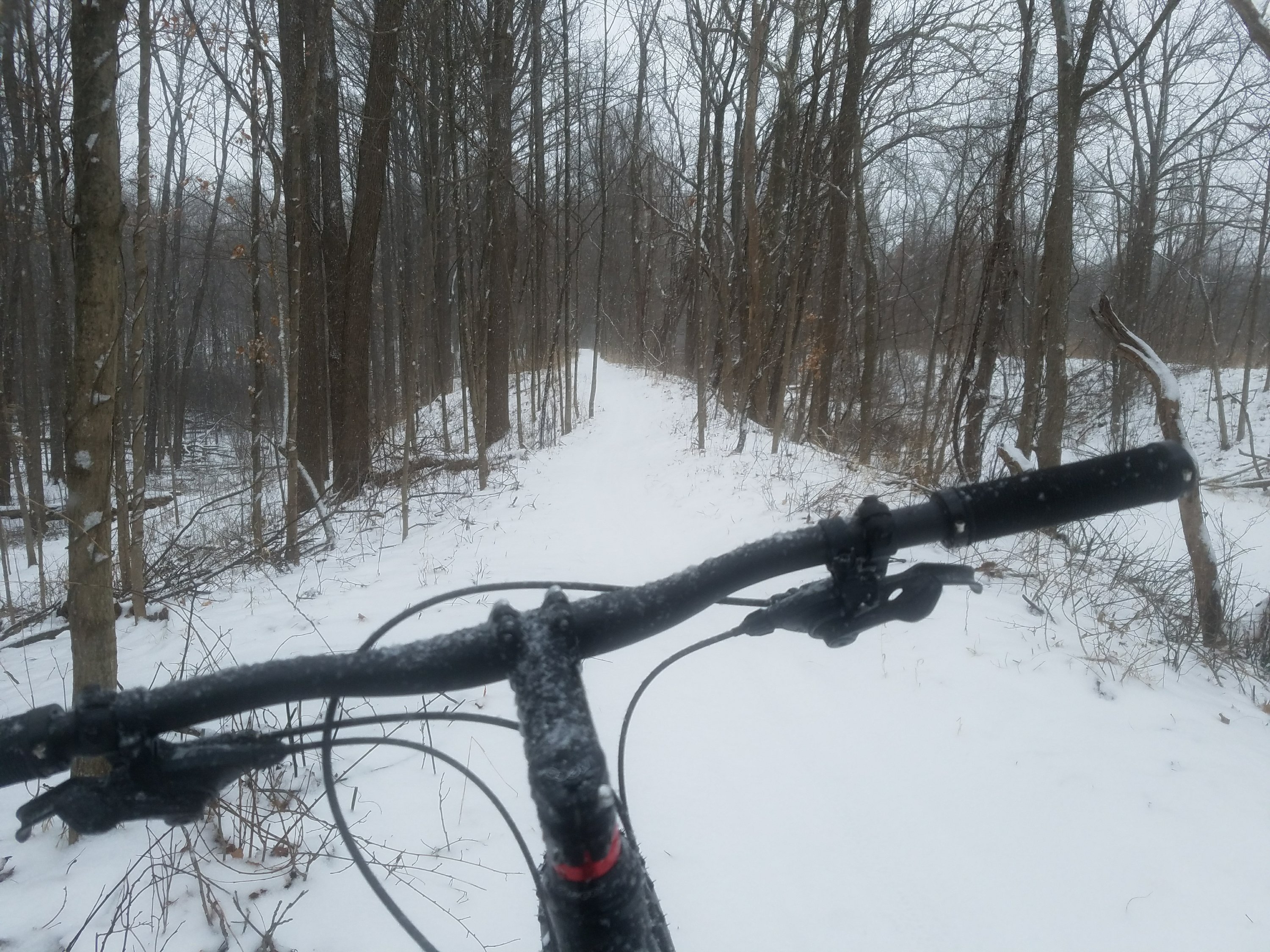 There is a FAT tire winter get together here at the end of January, it’s a CRAMBA organized event and if its anything like their trail maintenance it’s gotta be good!  They really do good work as do most of the other mountain biking groups in the area.

Here is a short clip, warning though it’s a very shaky video…time to invest in a gimbal! 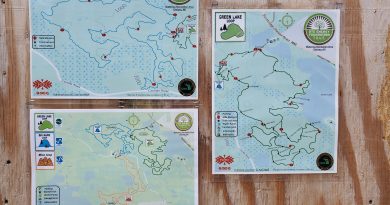 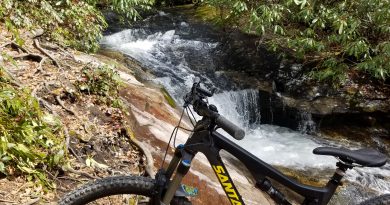 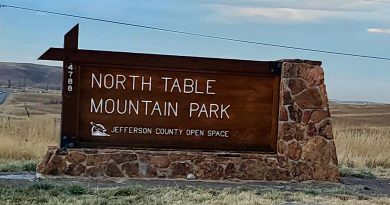 
Warning: openssl_decrypt(): IV passed is only 12 bytes long, cipher expects an IV of precisely 16 bytes, padding with \0 in /home/butnot5/theyjustseemalittleweird.com/wp-content/plugins/instagram-feed/inc/class-sb-instagram-data-encryption.php on line 100