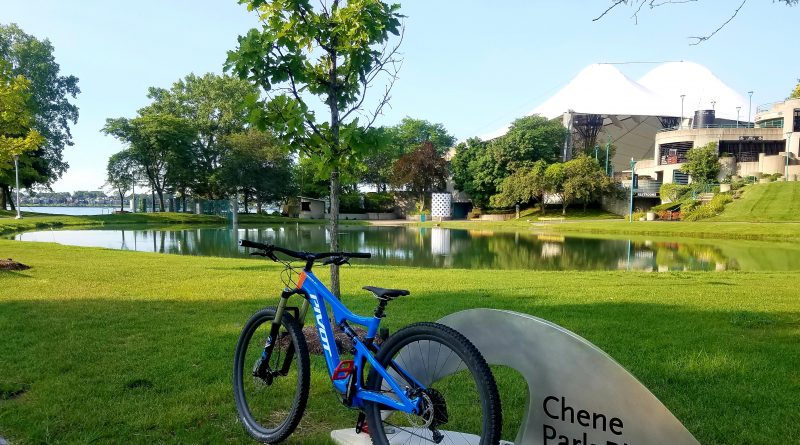 Detroit has really come a long way with improvements along the river! 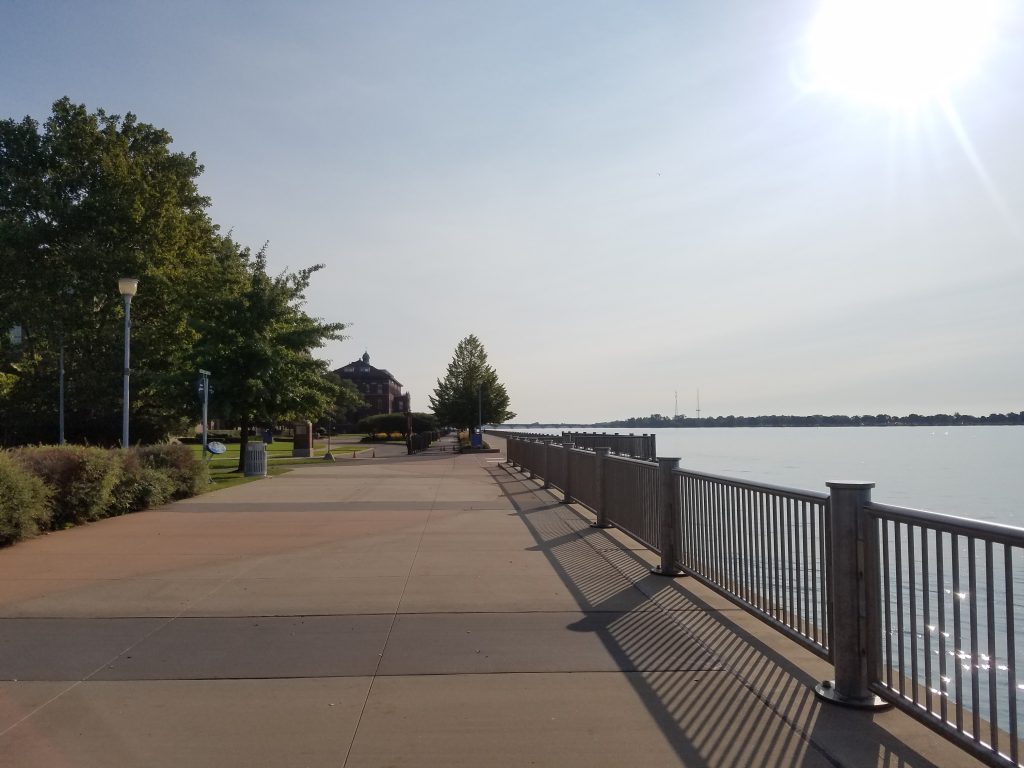 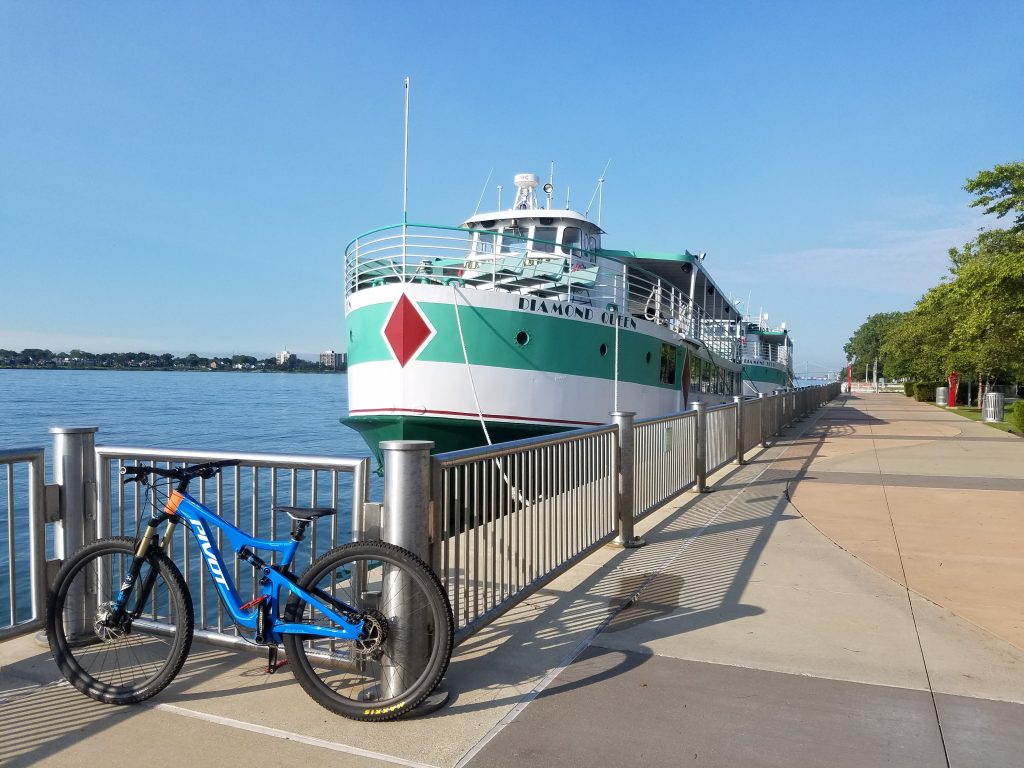 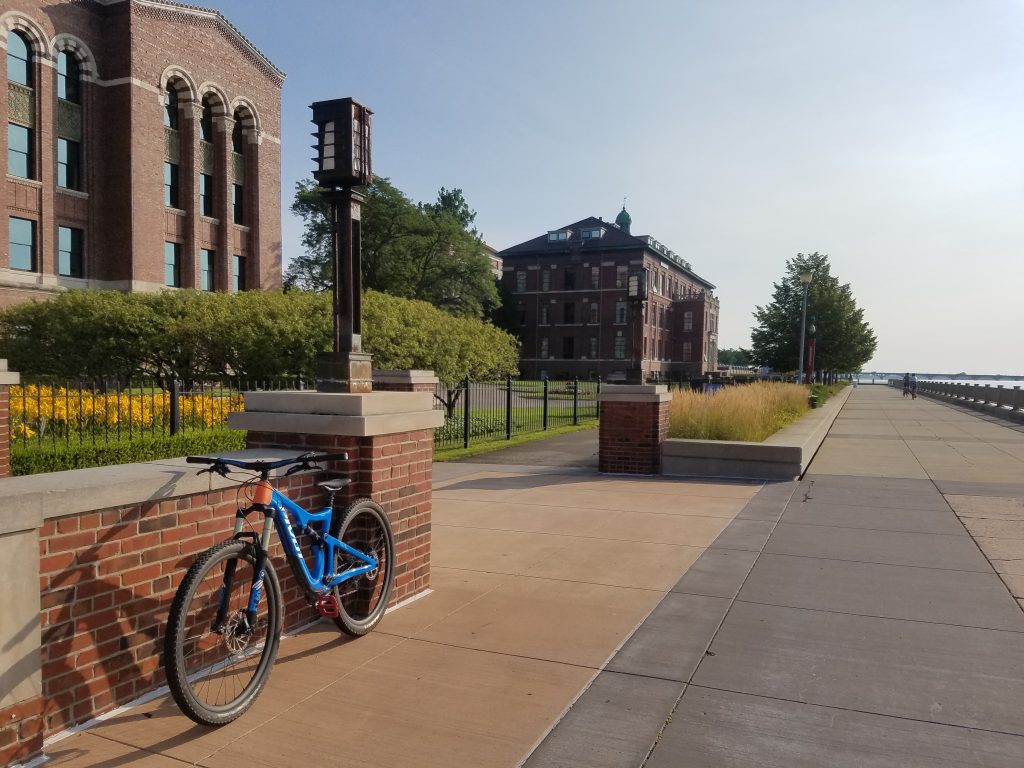 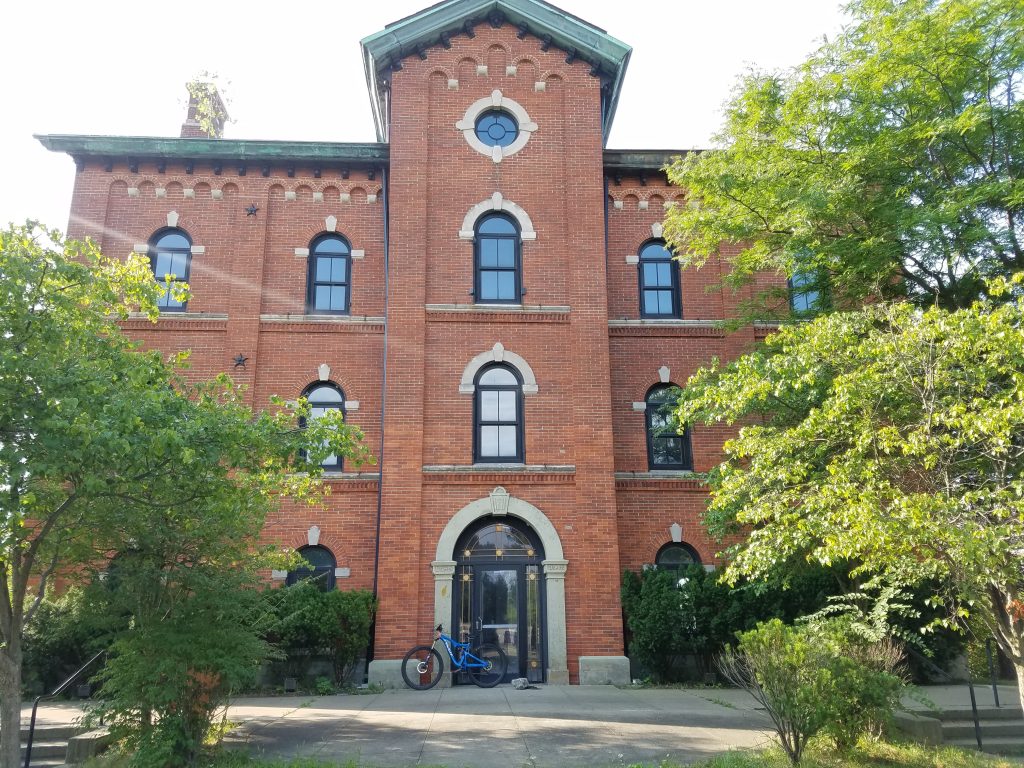 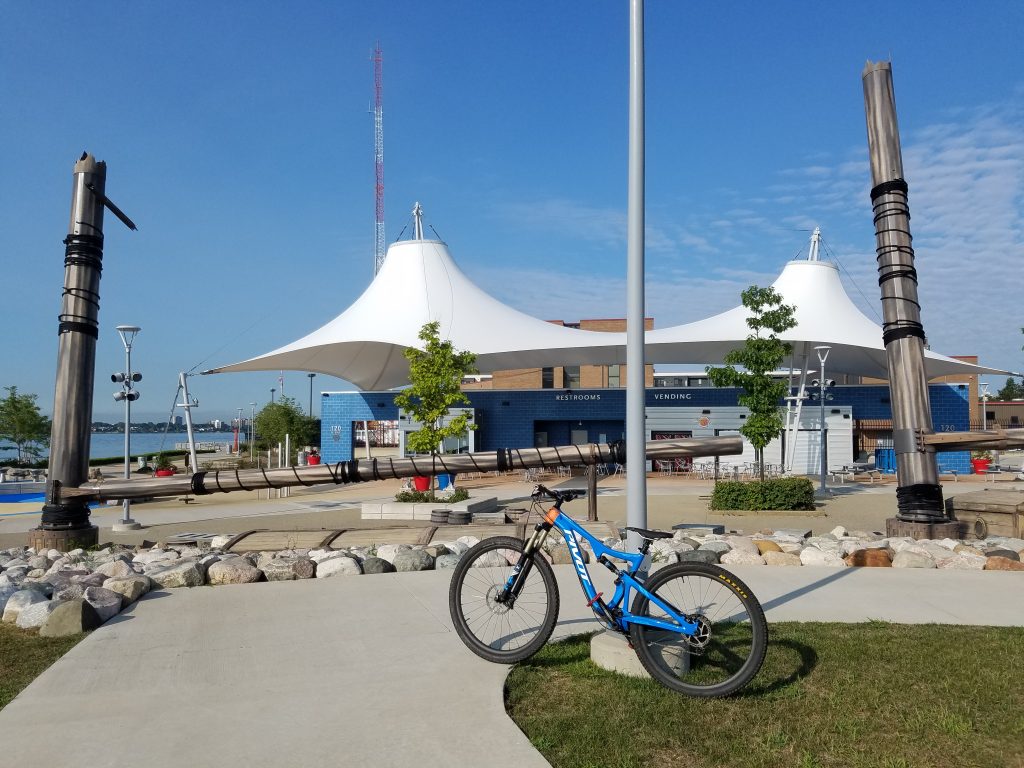 Both sides of Jefferson Ave. have bike lanes now.  On my trip this morning I passed 3 groups of road bikers on the streets. 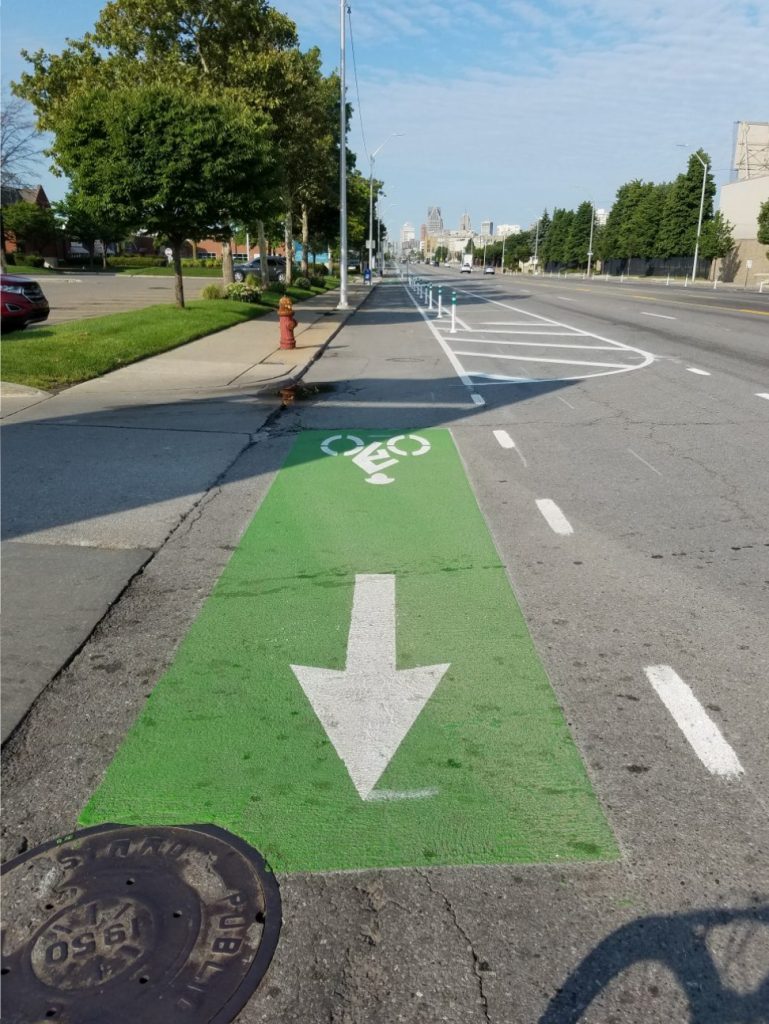 Something that Detroit really needed, Gordon Foods just opened this past week. 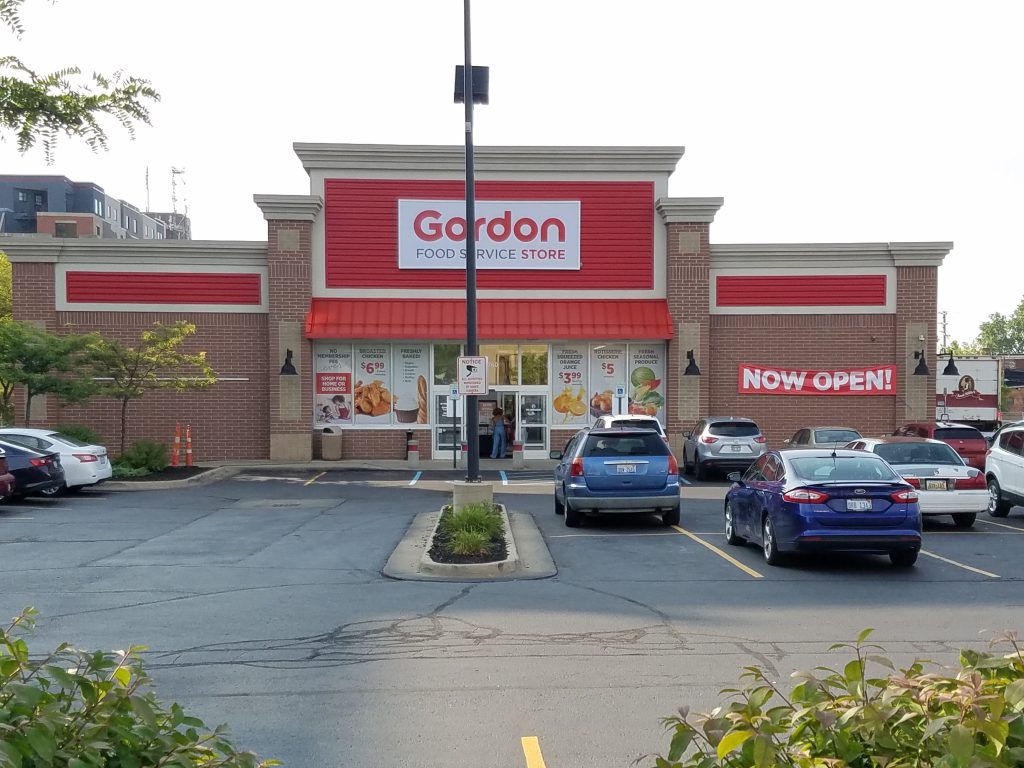 The Chicken Shawarma at the Bucharest Grill is flippin amazing!   There are 4 locations in Detroit. 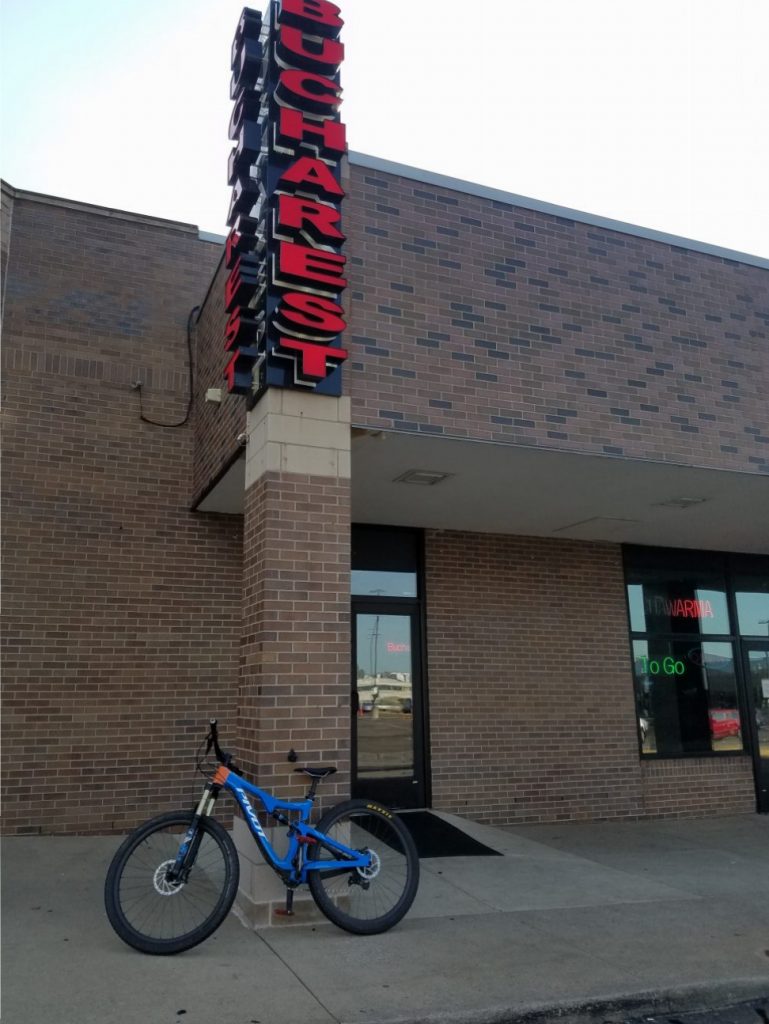 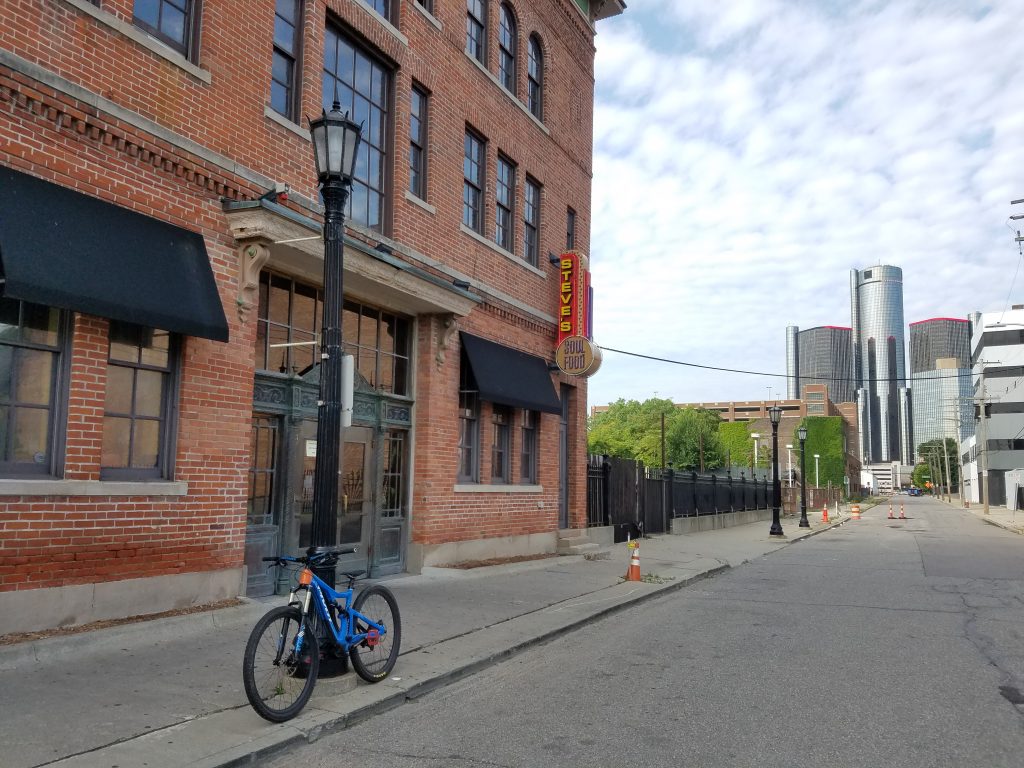 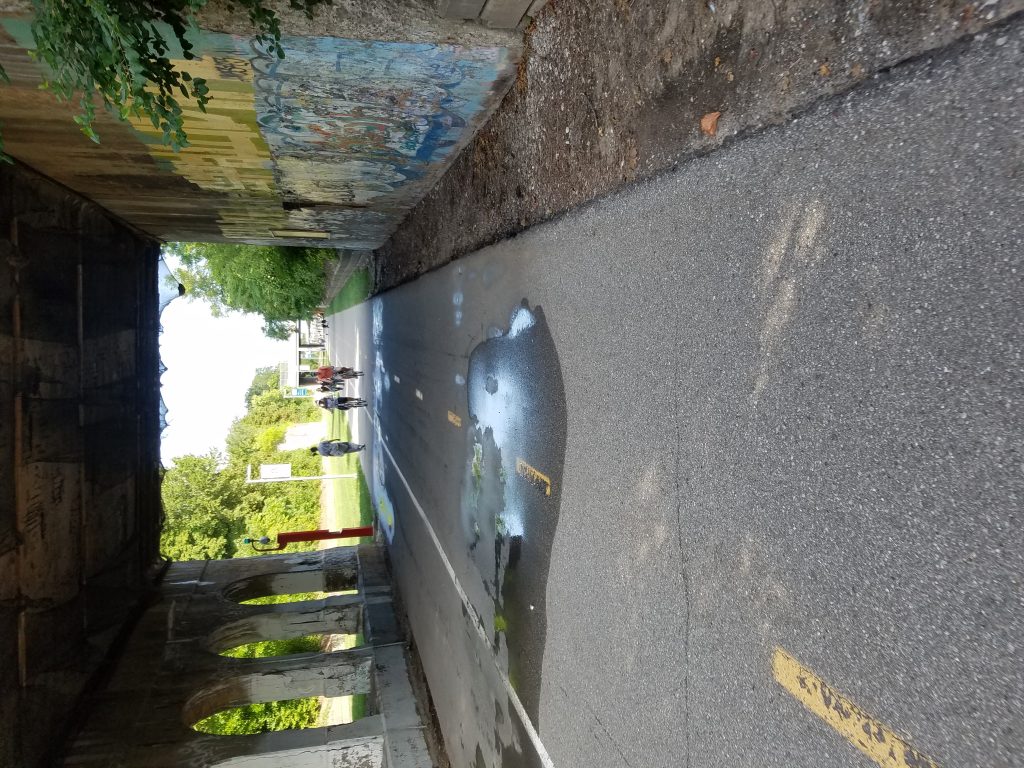 Another new addition to Detroit on the Dequindre Cut, The Freight Yard.  I have to still try this place, looks interesting but not sure what they serve. 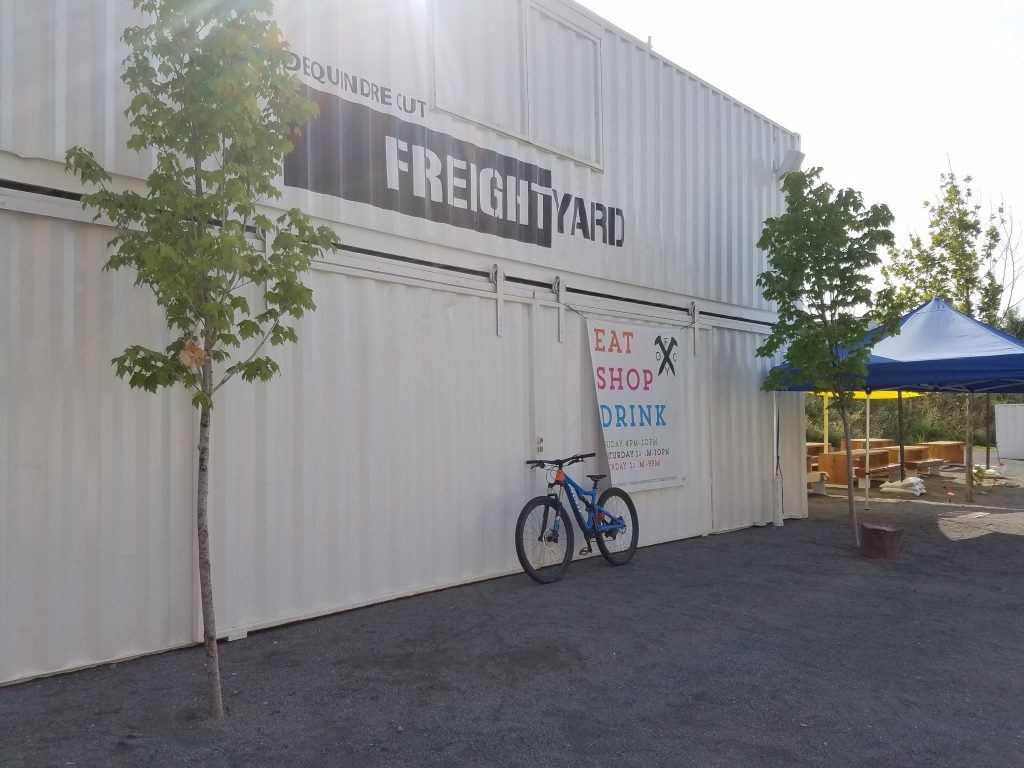 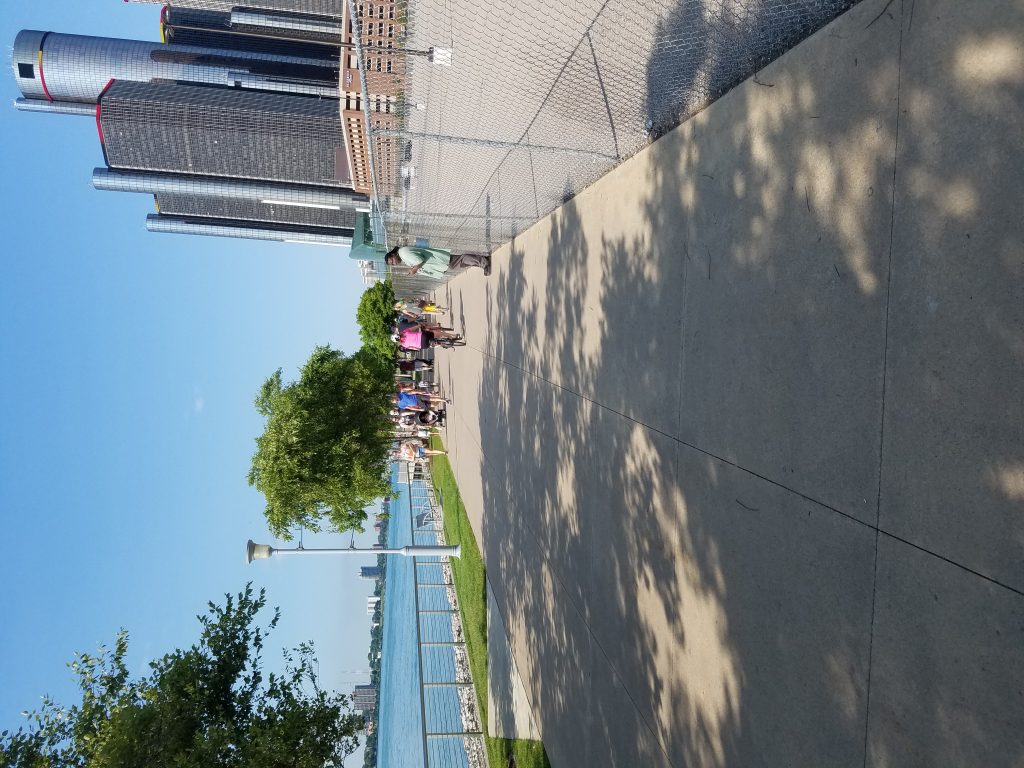 The Detroit River and on the other side, Canada. My cellphone kept switching over to roaming internationally so if you visit the area, watch that you don’t get charged for it. 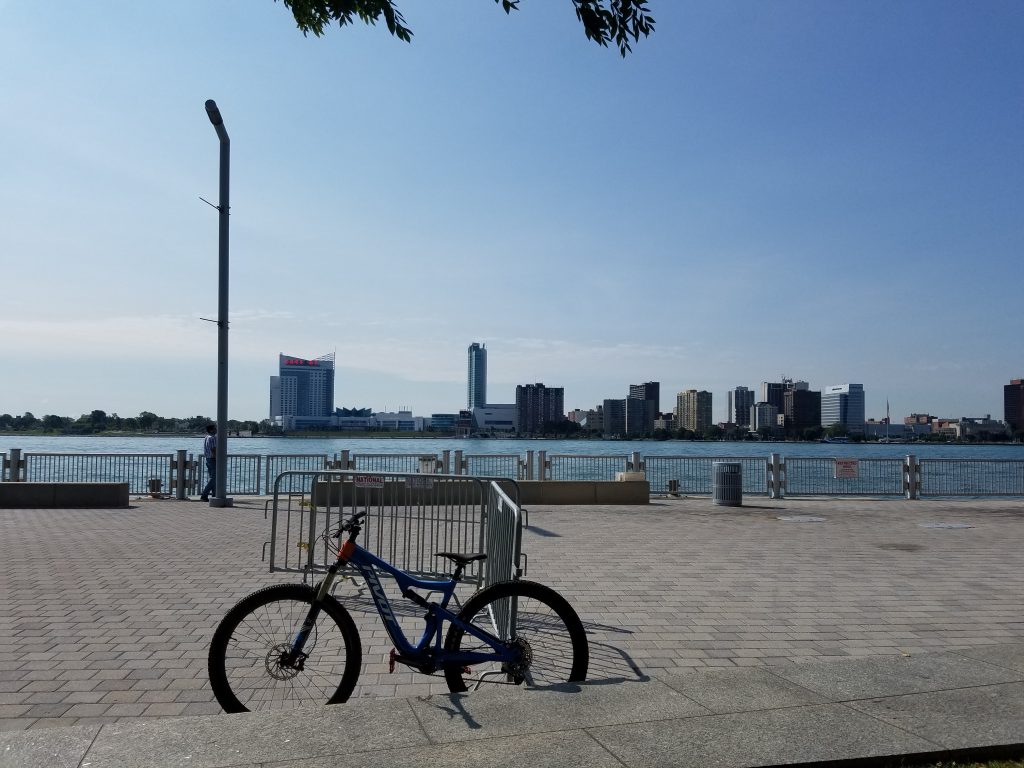 Hart Plaza was having a BBQ and Music festival, of course it was 9am in the morning and food prep was in full effect, it smelled great and some of the acts were practicing on stage. 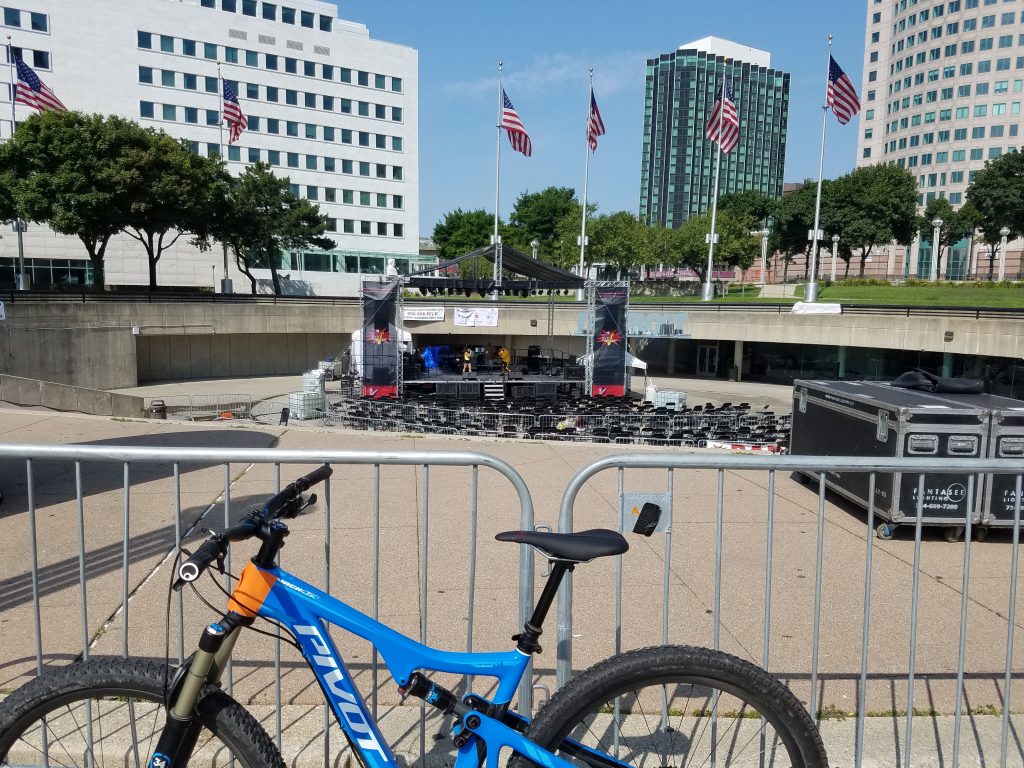 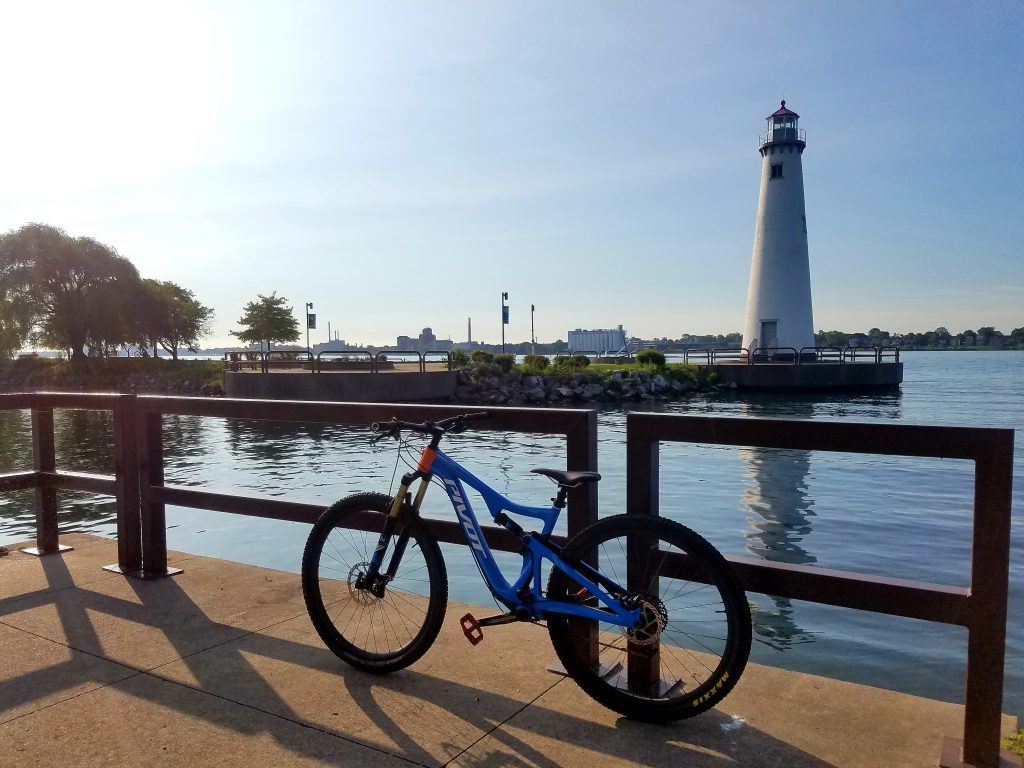 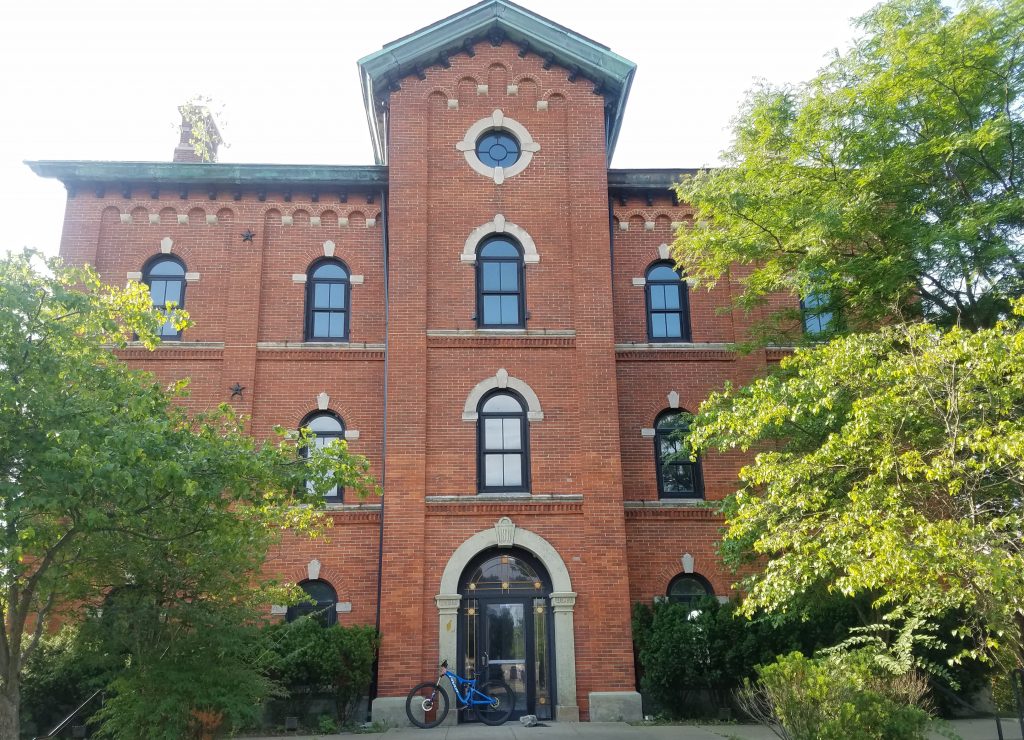 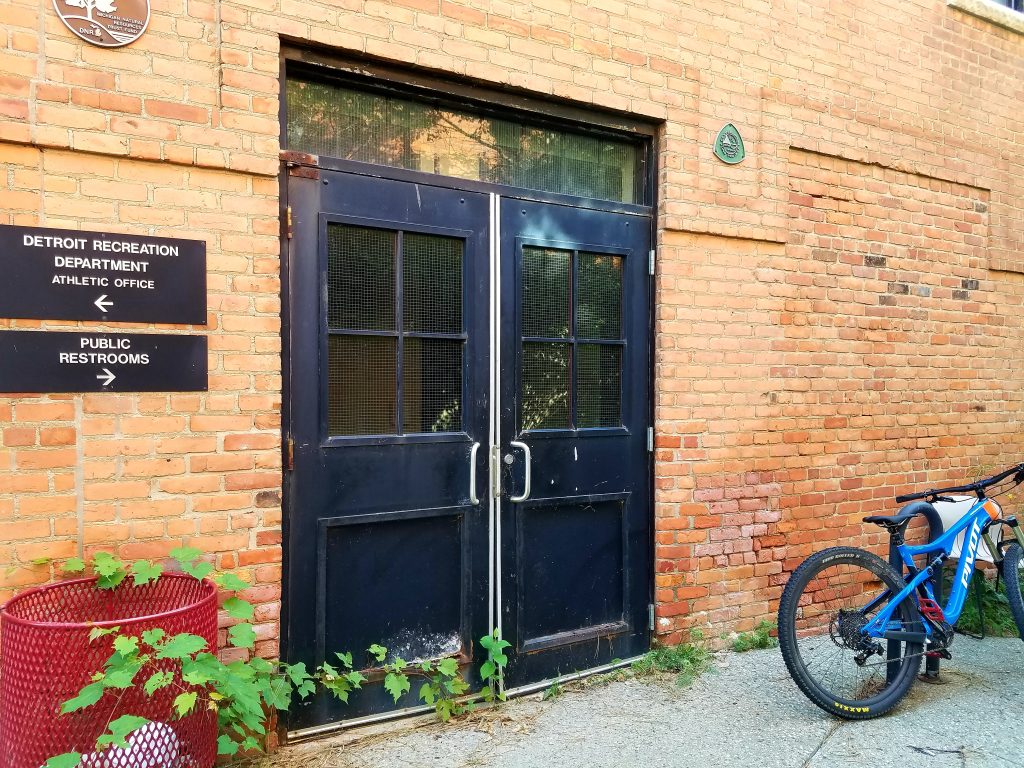 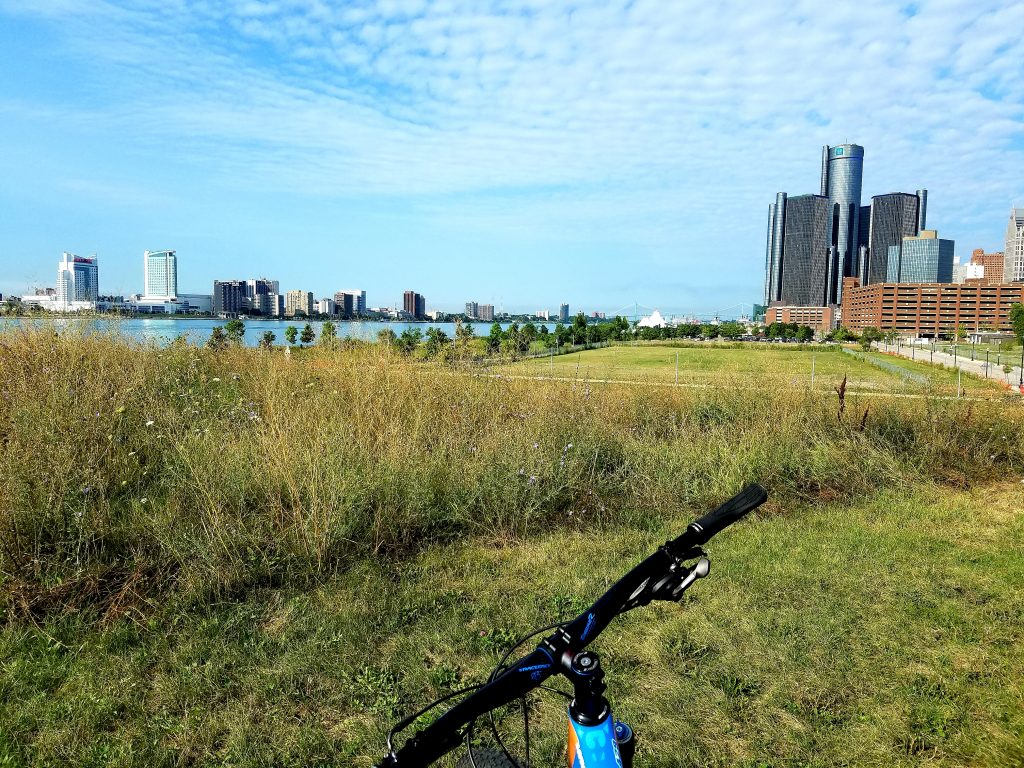 The Outdoor Adventure Center opened in Detroit last year, I haven’t been in but looks like they have a small climbing wall and lots of exhibits to educate on wildlife, sports and outdoors in Michigan.   You can find out more on their website . 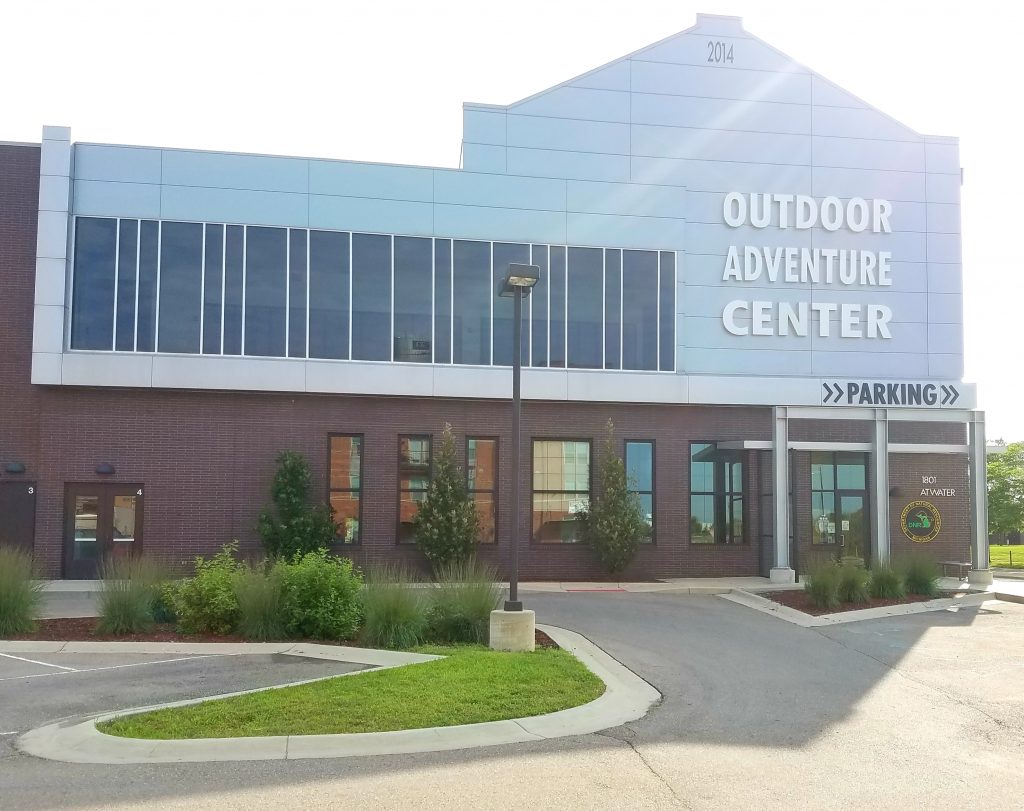 I rolled up the Dequindre Cut on my way to Eastern Market, you can see lots of cool graffiti art. 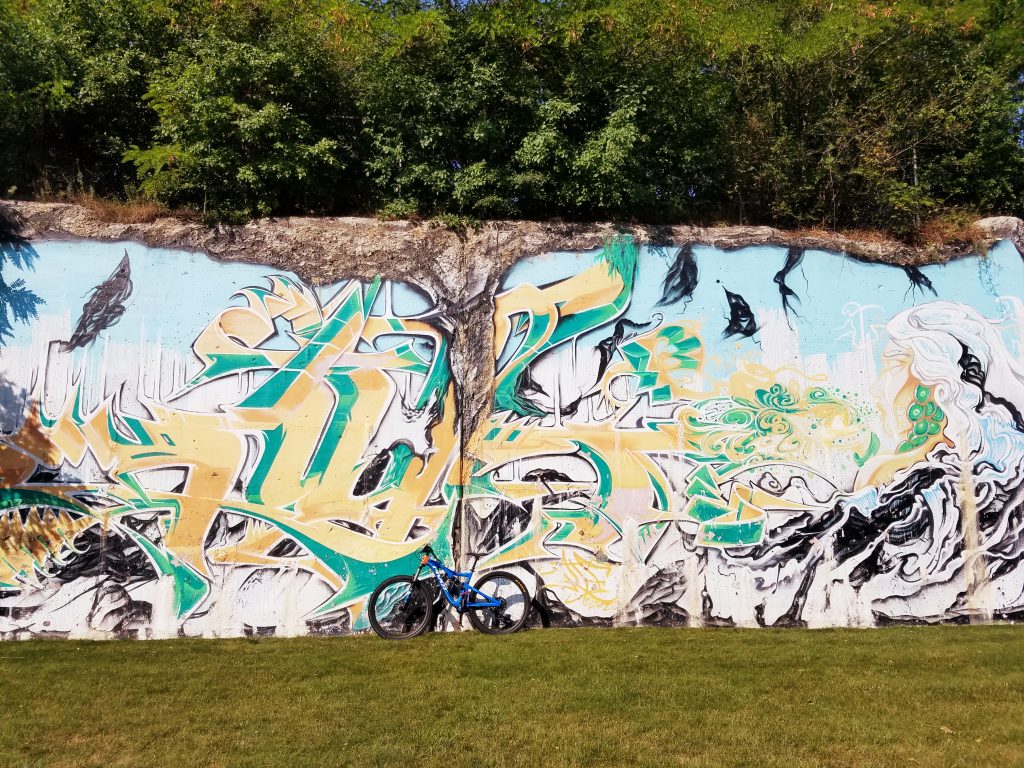 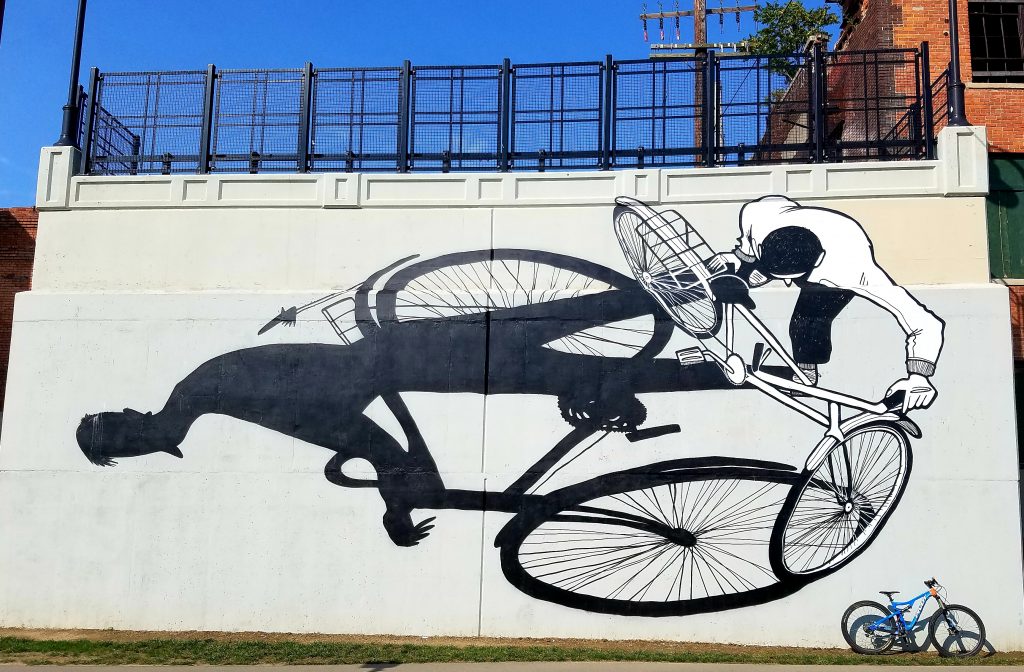 Back on Jefferson Ave is the GM HQ, had to stop and take a look in the window. Of course I had to stop, this is the motor city! 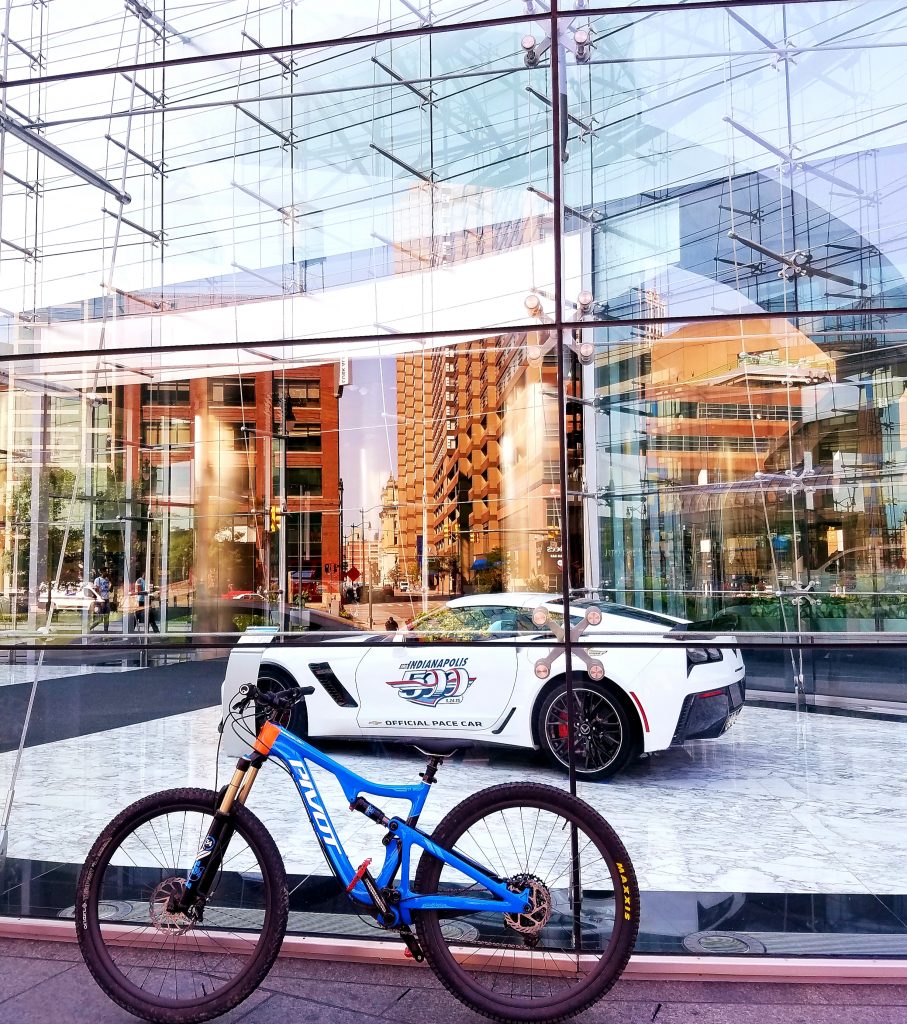 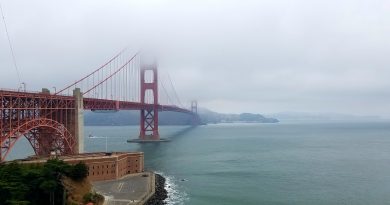 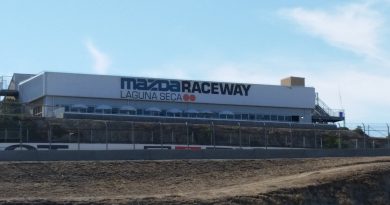 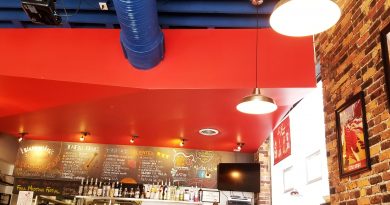